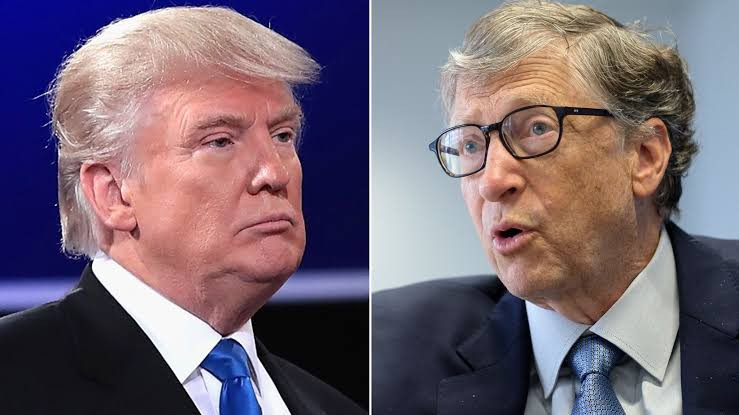 Twitter cut the former president off from some 88 million followers after the deadly riot on Jan. 6, when a group of Trump supporters stormed the Capitol while Congress was certifying President Biden’s victory, leaving five people, including a U.S. Capitol Police officer, dead. At the time, Twitter said that Trump’s tweets posed “the risk of further incitement of violence.”

Now Gates says that social media companies should let President Trump back on their platforms, despite his “corrosive” election fraud claims.

Gates, asked during an interview with CNBC on Thursday, February 18, whether he would let Trump back on social media if he were a member of Facebook’s oversight board, he replied;.

Gates suggested that if social media companies allow Trump to return, they could put a warning label on any false statements he makes.

“It’s weird when you’re, you know, saying that the election was stolen without any facts there. And how corrosive that is,” Gates said.

House Democrats, joined by 10 Republicans, impeached Trump on Jan. 13. The Senate voted 57-43 in favor of the impeachment count, ten short of the 67 needed to convict.

“You know in a way … people’s interest in what he says may go down quite a bit,” Gates added. “That’ll be interesting to watch.”

Hold on with your bravado, with your helicopter and planes until Kagara schoolboys are safely negotiated out of danger

May 20, 2021
7 Popular Posts
Featured Posts
Huge brawl breaks out between Scotland and England fans after ‘we hate Scots chant’
11 mins ago